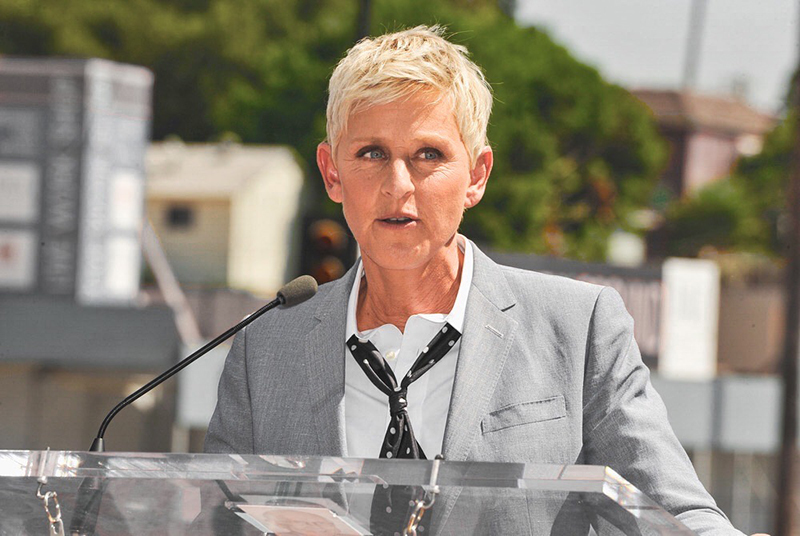 It was only a football game between friends.

At least, that’s how Ellen DeGeneres characterized her recent visit to AT&T Stadium in Dallas, where she and former President George W. Bush watched a game between the Cowboys and Packers together. From a cultural perspective, the Ellen-W summit was rare. The intersection of Sunday morning political talk shows, Monday morning football recaps, and syndicated weekday afternoon gabbers is a lonely one. People of various political and social persuasions had feelings―feelings strong enough to suggest this was much more than a football game between friends.

Ellen addressed those feelings directly on the Monday episode of “The Ellen Show.”

“I’m friends with a lot of people who don’t share the same beliefs that I have. We’re all different, and I think we’ve forgotten that that’s OK, that we’re all different,” she said. “Just because I don’t agree with someone on everything doesn’t mean that I’m not going to be friends with them. When I say be kind to one another, I don’t mean only the people that think the same way you do. I mean be kind to everyone. Doesn’t matter.”

Ellen has been using humor to facilitate socially awkward conversations for decades. For her longtime fans, this monologue was nothing new. Bush, for his part, has used sports as a conduit to bring people together before. He owned the Texas Rangers baseball team before he was elected governor. While president, Bush threw the ceremonial first pitch at the first baseball game in New York after the Sept. 11, 2001 terrorist attacks. It was a unifying moment in baseball, in New York, and in America.

The wisdom in Ellen’s message is plain. There are few role models in popular culture for having productive dialogues with people outside our own social bubble. There are many role models for displaying outrage toward our ideological opponents. And, on an individual and societal level, isolating ourselves from people with different backgrounds is counterproductive. It promotes imbalance. It’s unhealthy.

In their book Friend and Foe, authors Maurice Schweitzer and Adam Galinsky explore the implications of our powerful, innate instinct to categorize those around us into collaborators or opponents. Deciding who to attack and who to help is hard-wired into our brains. We process these thoughts subconsciously. However, we quickly run into problems when applying this instinct to 21st-century relationships. As Galinsky explained in one interview, “We miss the mark oftentimes because it’s really easy to come up with a theory that says, ‘We are born to compete.’ It’s also very easy to come up with the alternative theory, ‘We have an innate instinct for empathy.’ Even as academics we’re trying to simplify the world to try to understand it, and it’s easy to take that one lens. Now to keep both those lenses and describe this idea—there’s a tension between them and a balance between them—it makes the world a little bit more complex, although obviously more realistic.”

Psychologists classify the people we identify with as members of our “ingroup.” Those we oppose belong to an “outgroup.” Psychology Today offered a few concrete suggestions for how to short-circuit our instincts and bond with members of our outgroups.

1. Recognize the arbitrary nature of many ingroup-outgroup distinctions. As an example, pedestrians and motorists often express road rage at one another, but today’s pedestrian is often tomorrow’s motorist and vice versa. Your ingroup at one moment is your outgroup the next.

2. Put yourself in the place of the outgroup member. Think about times when you’ve been put in an outgroup position and remember how painful that was.

3. Look for commonalities between opposing groups. Fans of opposing sports teams equally love the sport. People of different religions regard their faith as important to them. Basic human needs transcend particular labels.

4. Work on building your inner sense of security. People are more likely to stereotype when they feel they have something to lose. If you feel more confident about your own identity, you’re less likely to criticize someone else’s.

5. Pass along the lesson. Don’t be afraid to speak up and tell other members of your ingroup about how you find commonalities with members of an outgroup.

That’s what Ellen did. Her message—“be kind to everyone”—cuts through the instinct to compete. It simplifies things for our complex subconscious processes. Greet friend and foe with the same attitude.